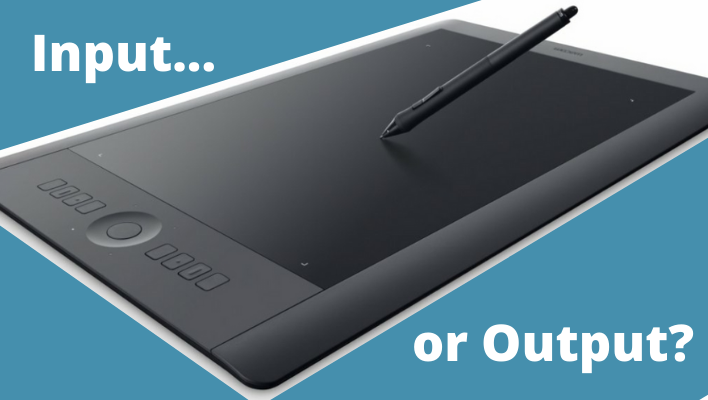 A graphics tablet is an input device that allows the user to create digital drawings or paintings. The tablets come with a stylus or pen which, when used along with the tablet’s active surface, can be used to produce two-dimensional images.

Is a graphics tablet an input or output device? – it is definitely an input device as it allows data to enter a computer system. This can be done by hand (e.g., with a mouse) or through the use of an input device that does more than just provide data, such as commands for software programs.

Graphics tablets can also have “hot keys” or programmable buttons that act as input to the computer in the same way a keyboard works.

An output device provides information from the computer system to its user and is thus primarily used to create something.

A perfect example of an output device is a printer.

Is a digital pen display an input or output device?

These devices allow you to draw directly on to the screen, like you would if you were using an iPad and Apple Pencil.

A pen display device such as the (very expensive) Wacom Cintiq can be classed as both and input and an output device too, because it displays graphics on a screen like a monitor. But, it also functions as an input device too when you draw using the stylus.

Think of your cellphone – is that an input or output? Probably both. You use your fingers as input and the display and sound it makes are output.