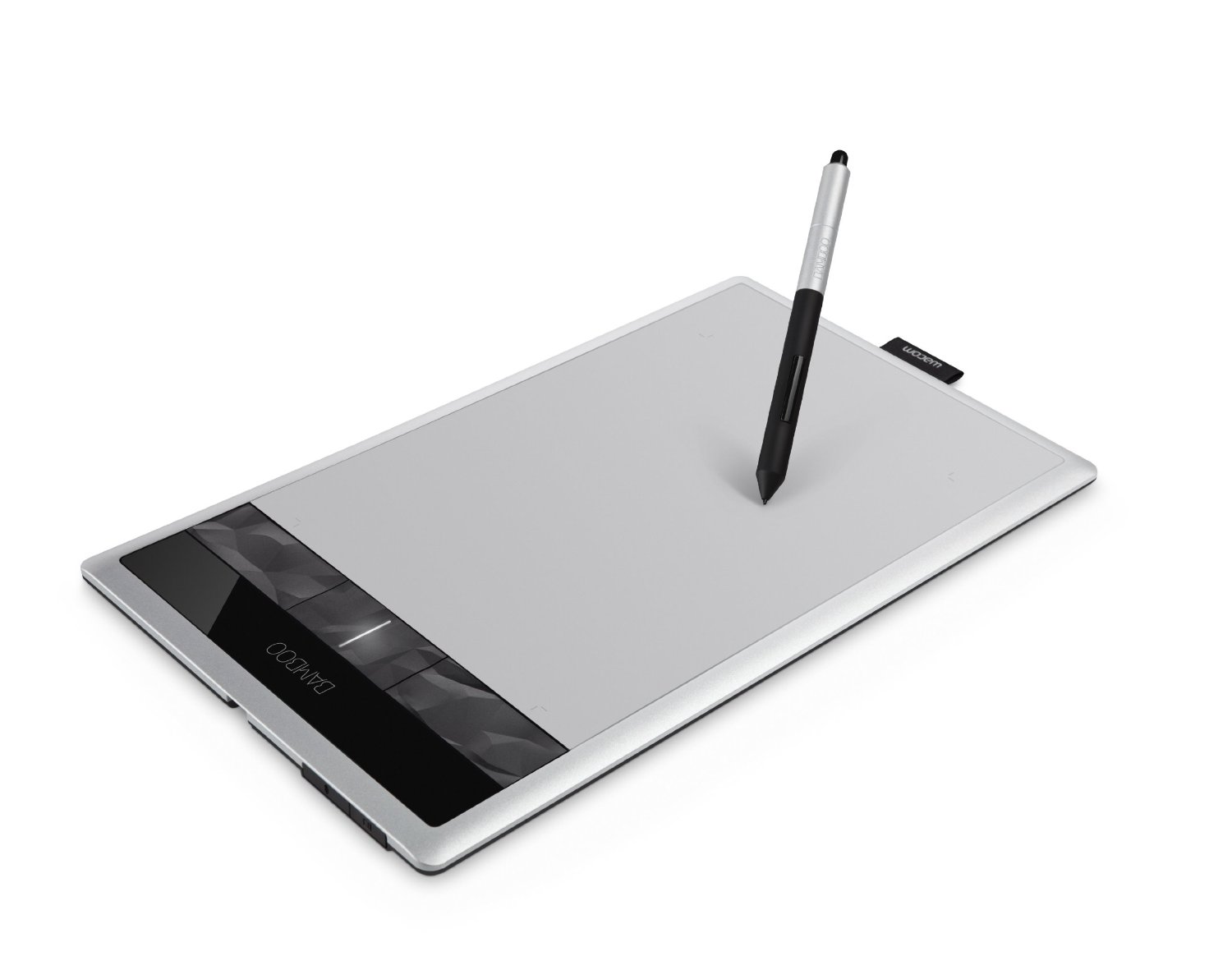 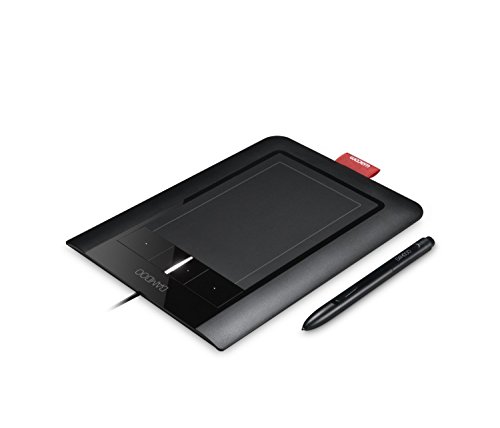 Wacom are treading on the toes of Apple with this new product, as the latest Macbook’s have multi touch trackpads built in already – so if you own one of these models, the Wacom Pen and Touch may only be useful as the Wacom Pen.

The Product:
The device sports all of the best design ideals as you would expect from Wacom. 1024 levels of pressure sensitivity, a built in non-detachable USB connection as well as a really nice, slim design with a touch wheel (akin to the old iPod’s) and 4 programable buttons that you can use to access your applications or menu options. One point to note is that, unlike the Wacom Bamboo models, the buttons have been moved from the top of the tablet to the side, which allows for a better drawing area.

The pen has also been redesigned slightly from the Wacom Bamboo models and it much easier to hold and is more comfortable to use. The buttons on the pen are easier to operate and the overall “drawing feel” is much improved.

Touch me!
The touch portion of the USB graphics tablet works well and is very similar to that offered by Apple on their newer Macbook range. A maximum of 2 fingers can be used to pinch, rotate and scroll around a document or image. If you have used an iPhone before, you will get the idea. The inclusion of this type of interface is a good idea and I found myself using it quite often for rotating and scrolling, but only when I had the tablet in front of me, rather than to the side. I guess that’s what you get when you have used a laptop for so long!

Should I buy a Wacom Bamboo Pen And Touch?
Overall, the new Wacom Touch and Pen is a great tablet to buy. You can also get a model which is “pen only” or “touch only” for around 2 thirds of the price, but I would go for the full version as you have the best of both worlds. There are larger models available from Wacom as well as a slew of other, cheaper models from makers such as Genius and Adesso.

It pays to remember though, Wacom are the industry leader in this technology – and you get what you pay for.