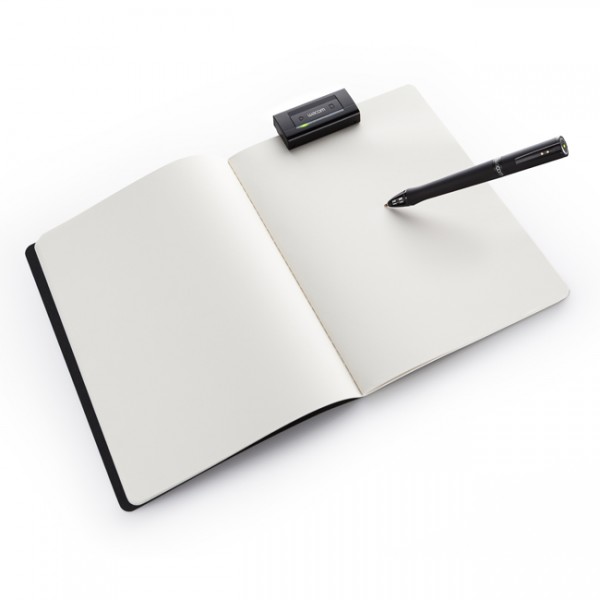 First off, let me start by admitting that this is not technically a Graphics Tablet device by any stretch of the imagination. However, seeing as it is part of the Wacom family and I am someone who sits firmly in their camp when it comes to these devices, I felt that it warranted a review and comparison with similar type devices.

What is the Wacom Inkling?

Wacom Inkling Digital Sketch Pen (MDP123)
View on Amazon
In short, the Wacom Inkling is a small battery powered box that when opened, contains a battery powered pen that is used to draw on standard paper. The box then doubles up as a “sensor bar” that reads the position of the pen whilst it is drawing on the paper. The idea is then that the Inkling records the strokes you are making, noting the distance from the sensor bar and the pressure you are using to make the lines and transposes it into a digital copy.

The resulting file that is produced can then be downloaded via the provided USB cable (also provided) and imported into another application for further editing. The file can be saved in the following formats .wpi (original vector format), wac, svg, bmp, jpeg, png, tiff and pdf giving you quite a few options to be able to import direct to Adobe Photoshop or Illustrator.

Whilst drawing, you can press a button on the sensor box that tells it that you want to draw on a new layer.  When this information is transferred back to Photoshop, for example, you will then be able to select these different layers and perform different effects or settings with them.

Does the Inklink work well?

Many people complain about the Inkling and that the details it records are not the same as what is on the page. Missing lines, large gaps appearing between lines where no gaps appear and areas not being recorded at all are common issues that people are experiencing. I suspect that this might be due to either interference between the pen and the sensor (which relies on infrared to communicate) or that people are moving the sensor in the middle of recording, which will mess up the pens location.

The painful part of this product is that you do not know what is being recorded until you export the file, which would make me very worried and wary of using it. However, it is not a product that is designed to replace a graphics tablet, it is designed to allow those pen-pushers amongst us to capture real hand drawn or written information in a practical way. If you can’t get on with a graphics tablet due to the disconnect between your hand and the screen, then the Inkling might be worth trying.

I remember using a similar device many years ago, where a digital clipboard captured information drawn onto the paper via a pen. There was always a huge mix up between which page you were drawing on and which page the clipboard thought you were on, leading to a mash up of information. Some data went missing and in the end, relying on paper and pen to capture the data (rather than using the digital data and an OCR software package to convert the data to text) was an easier and less stressful option. The Wacom Inklink reminds me of this experience and makes me shudder with the possible problems it has.

If you watch the following video of the Inkling in action, you will be able to see how it works when being used for drawing and then being attached to a computer and uploaded.

Should I buy the Inkling instead of a graphics tablet?

In my opinion, the answer would have to be no. Although the products are totally different, the Inklink is designed as a “gap product” between paper and computer, whereas, with a graphics tablet, you are using the computer directly.
I suspect there are some people that will benefit from using an Inkling and it could be handy for recording notes in a meeting or sketches if your freehand work is vastly better than when you use a tablet attached to a computer. The other option would be to invest in an iPad and use one of the Bluetooth styluses that are available now to draw and take notes. It might be more expensive, but I see this plugging the gap where the fits, better than the product itself.

Also, don’t forget that scanning images is also a viable alternative, although the Inkling lets you import the information as separate layers, which you can’t do in real life.