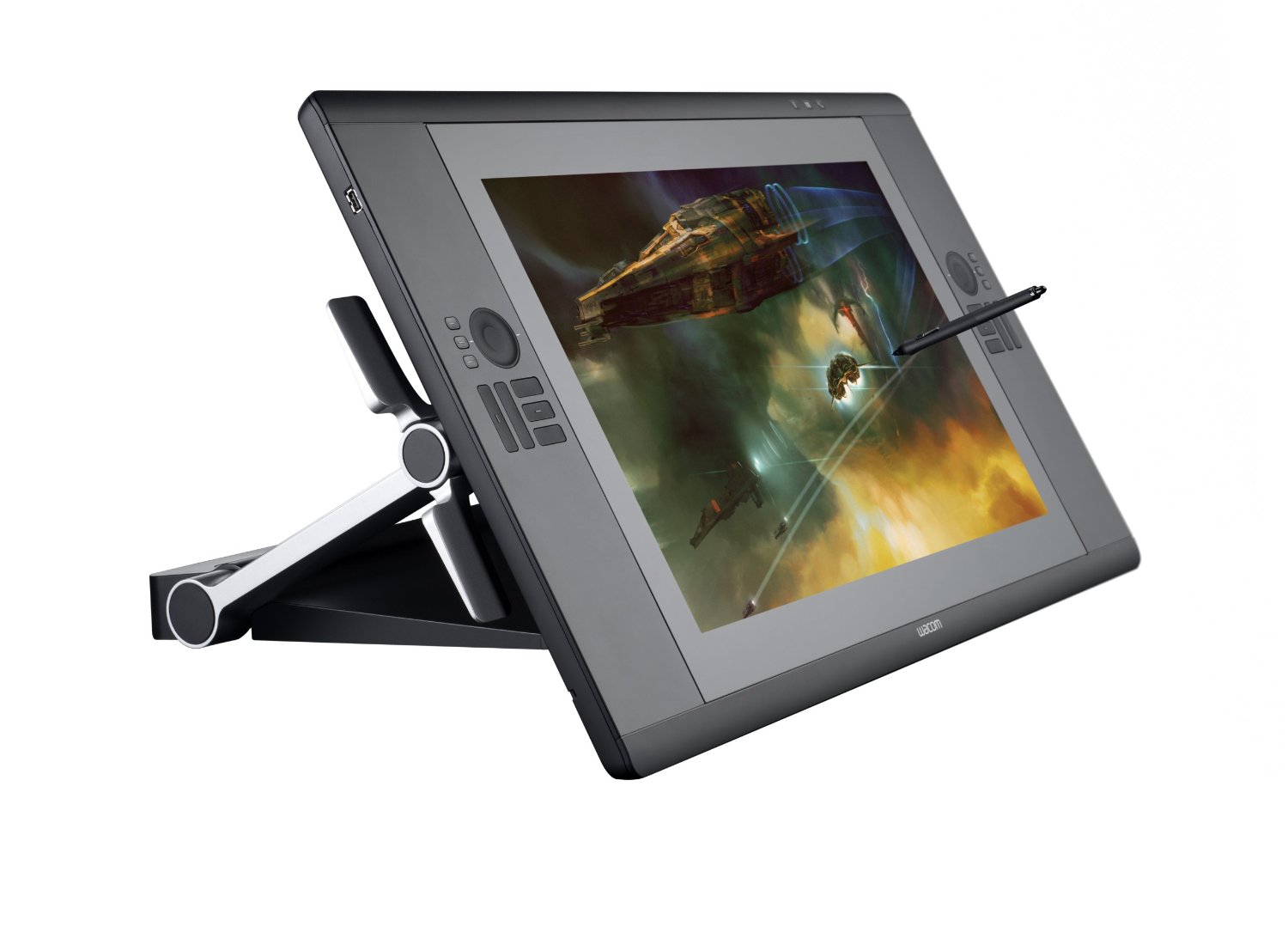 There are now two distinct kinds of graphics tablets, ones with a built in monitor and those that are an external device connected via USB to your PC or Mac. Those with a built in TFT screen are known as Interactive Pen Display devices.

As with a normal USB Graphics Tablet, the user makes input direct onto the device using a stylus or pen. The strokes and marks are then transferred from the device to the computer screen where they are represented by the relevant application, Adobe Photoshop for example. With an Interactive Pen Device, the user draws with the same stylus, but directly onto the screen itself which is housed in a separate unit from the normal monitor. The device also allows the user to quickly select functions, macros and options via a series of quick access buttons or selectors built into the device itself.

If you imagine having your computer monitor at a 45 degree angle and drawing directly onto the screen with a stylus, you have just realised the format of the interactive pen device. With the screen or device at a more natural angle, the user is able to draw and make input to it as if they were working at a drawing board or drafting table.

Some of the interactive pen devices such as the Wacom Intuos range, come in a variety of prices and sizes and it would not be uncommon to see someone resting back in their chair with the device in their lap, drawing directly into an application such as Adobe Photoshop or Corel Painter.

The smaller devices allow for more portability and give the user a greater range of freedom and comfort, but for the more professional user, the larger displays allow finer control over their images and a better platform for the creation of professional artwork.

The interactive pen devices can become dirty and smudged quicker than a normal graphics tablet and therefore it is important to keep the device as clean as possible. There are special gloves available that cover the hand and little finger that allow you a smoother action on the screen without your skin touching and dragging on the active surface. The glove will also ensure that the screen is kept clean too, as grease or dirt may cause issues when using the stylus.